Are Plantation Shutters Out of Style?

Home
Shutters
Are Plantation Shutters Out of Style?

It’s true that plantation shutters have a long history adorning elegant homes in the American South and elsewhere. Does that mean they’ve gone out of style or are best suited for historical homes? Not at all. Plantation shutters are a timeless window treatment that are increasingly popular in modern and contemporary styled homes.

The only thing to watch for is that your shutters actually fit the window. If they are too small and their edges encroach on the glass, then they may reduce the light in your home. At Fasada, we’re very precise in our custom window measurements, so your plantation shutters will fit perfectly.

When you’re choosing your shutters, it is best to pick a timeless style, not a trendy one. Afterall, you want your shutters to last and remain beautiful for years. If you’re looking for a timeless option, plantation shutters are a great choice that will keep up when you change the style in the rest of your home.

There’s a reason that plantation shutters are still being used, even though they were first invented in ancient Greece. These contemporary shutters have a timeless style that is in vogue more often than not.

For a Free in-Home Consultation & Quote
CONTACT US NOW
The form was sent successfully.
An error occured. 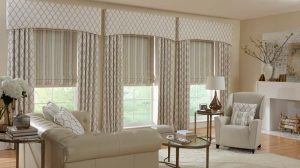 Fasada installs in your area

Fasada translates from Croatian into English as “façade”… The front elevation of a building. We are completely focused on your custom window, door and window covering needs – anything to improve the façade of your home.
 5/5
Leave Us a Review

Send us a Message